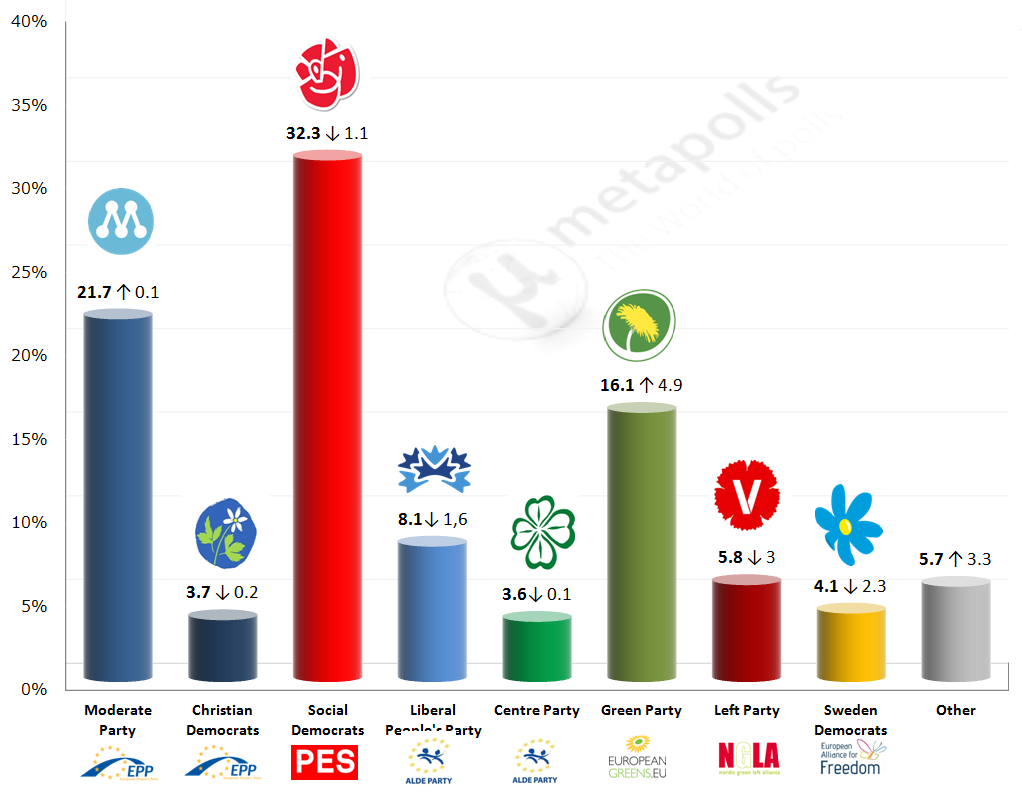 Next Election: May 2014
Company: SKOP
Publication date: 17 April 2014
Fieldwork Period: 9 Feb- 5 March 2014 Sample Size: 1109
Mode: Telephone
Note:The logo under each party name indicates membership in a European political party.Ιn comparison with the european elections in 2009 the biggest winner of the upcoming elections appears to be the Green Party unlike to the Pirates. With 29% the Social Democrats have a clear advantage and the Moderated Party is in the second place with 23%. 63% of the respondents believe that the EU is heading to the right direction, whereas 53% believe that the EU is moving in the wrong direction. Lastly, only 36% of the respondents have not yet decided whether the EU is making the right or wrong decisions. 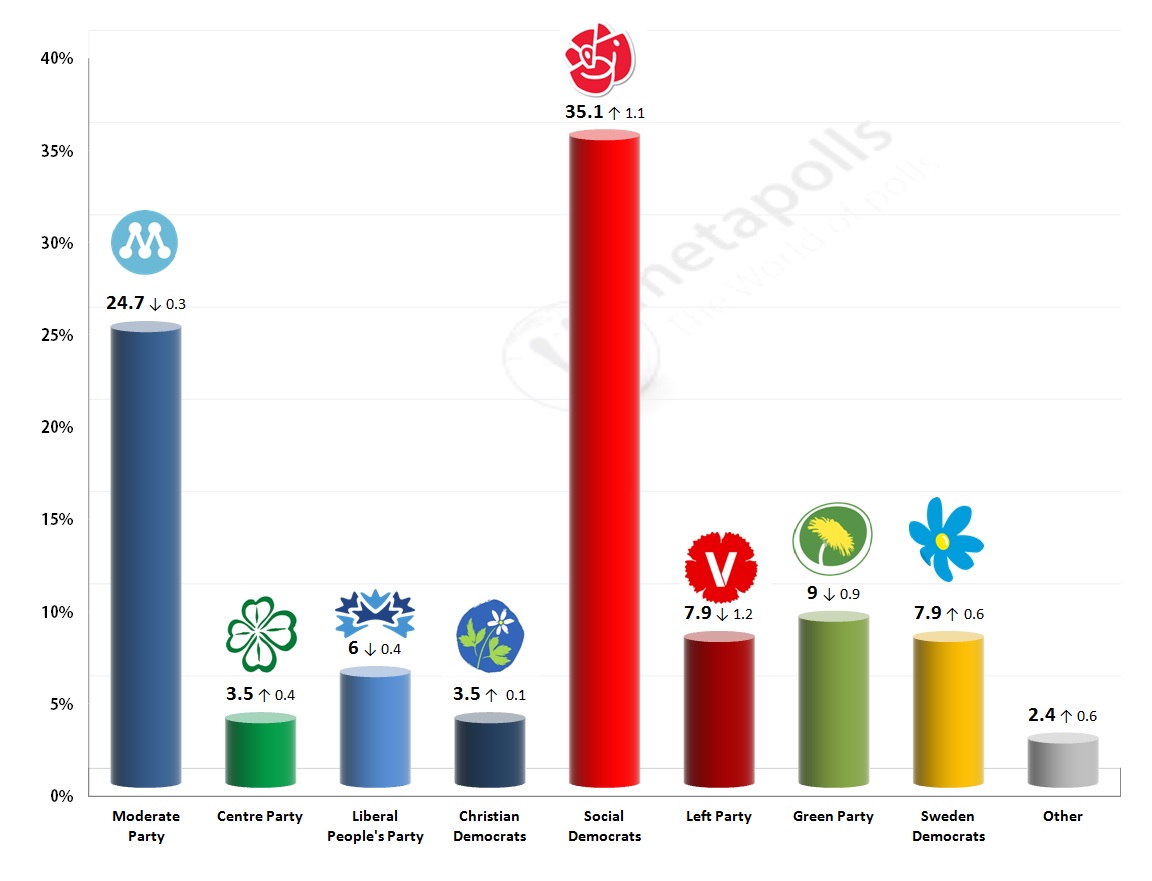 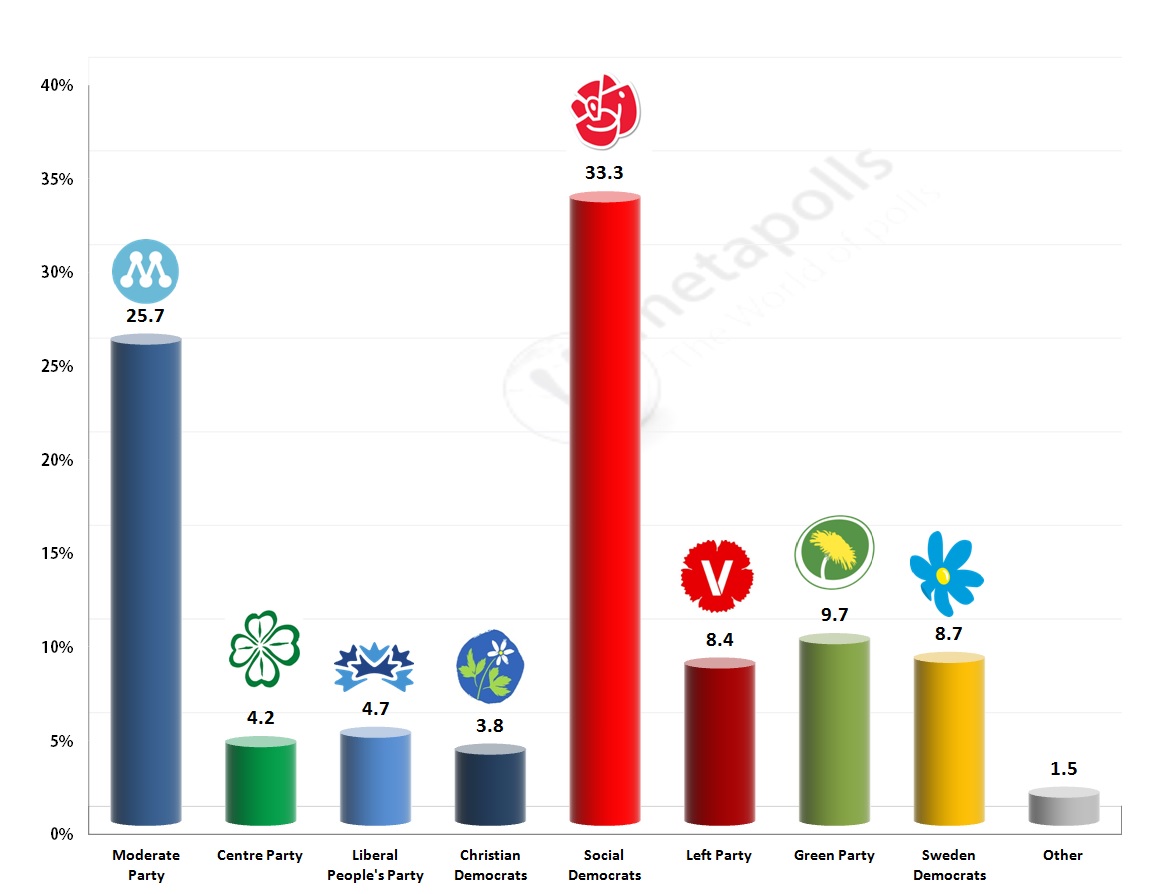