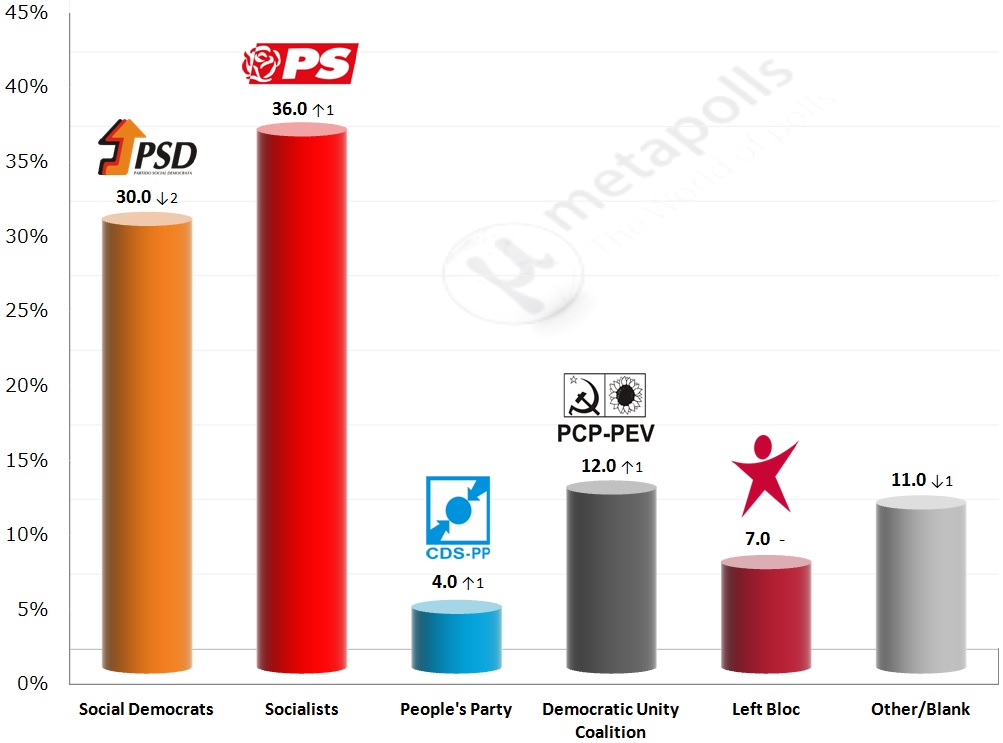 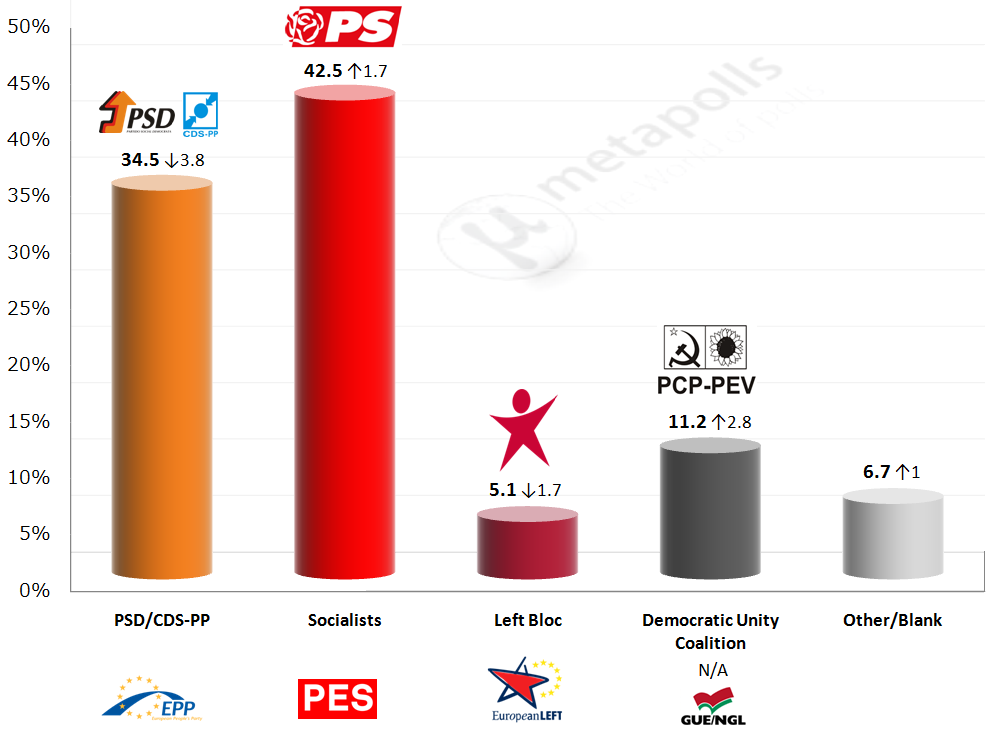 Next Election: May 2014 Company: Aximage for Correio da Manhã Publication: 17 April 2014 Fieldwork period: 9-12 Apr 2014 Sample: 613 Mode: Telephone Note: Comparison with Aximage poll of 25 March 2014. Results presented here exclude undecided voters (3.7%). With their inclusion results are: PSD/CDS-PP 33,2%, Socialists 40.9%, Left Bloc 4.9%, CDU 10.8%. The logo under each party name indicates membership in a European political party.The indication N/A followed by a logo is used when a political party is not formally affiliated with a European political party but all or most of its MEPs have joined a particular parliamentary group. 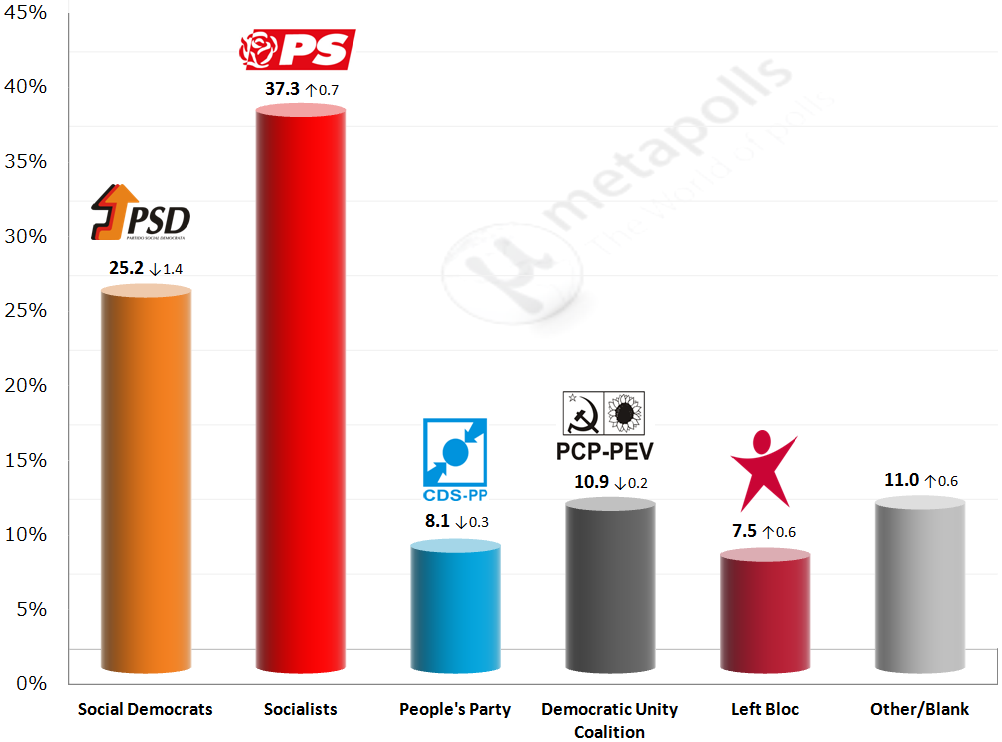