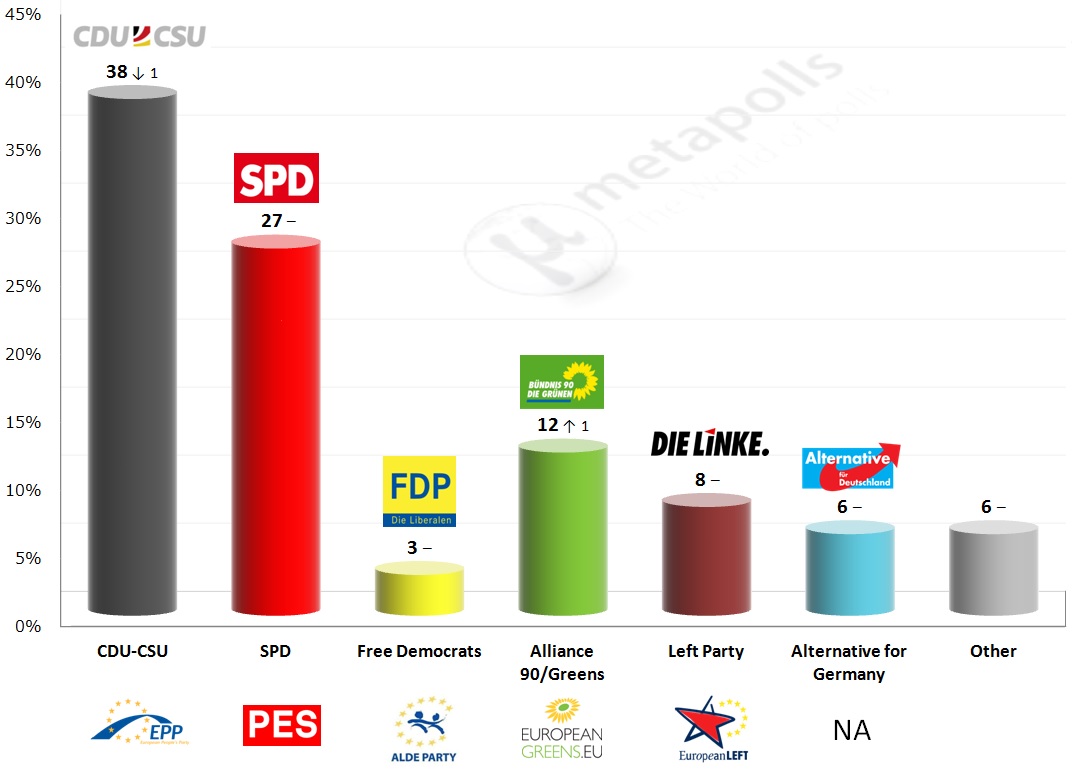 Next Election: May 2014
Company/Institution: INSA FOR FOCUS ONLINE
Publication: 25 April 2014
Period: 14 Apr
Sample size: 500
Mode:Telefon Survey
Note: Comparison with INSA poll of 9 March 2014. The logo under each party name indicates membership in a European political party. NA indicates no affiliation with a European political party or parliamentary group in the European parliament.CDU / CSU is significantly weaker in the upcoming European Elections in May in comparison with the European Elections in 2009. SPD is making a progress as well as the Greens.Lastly the AfD has achieved a moderate success. 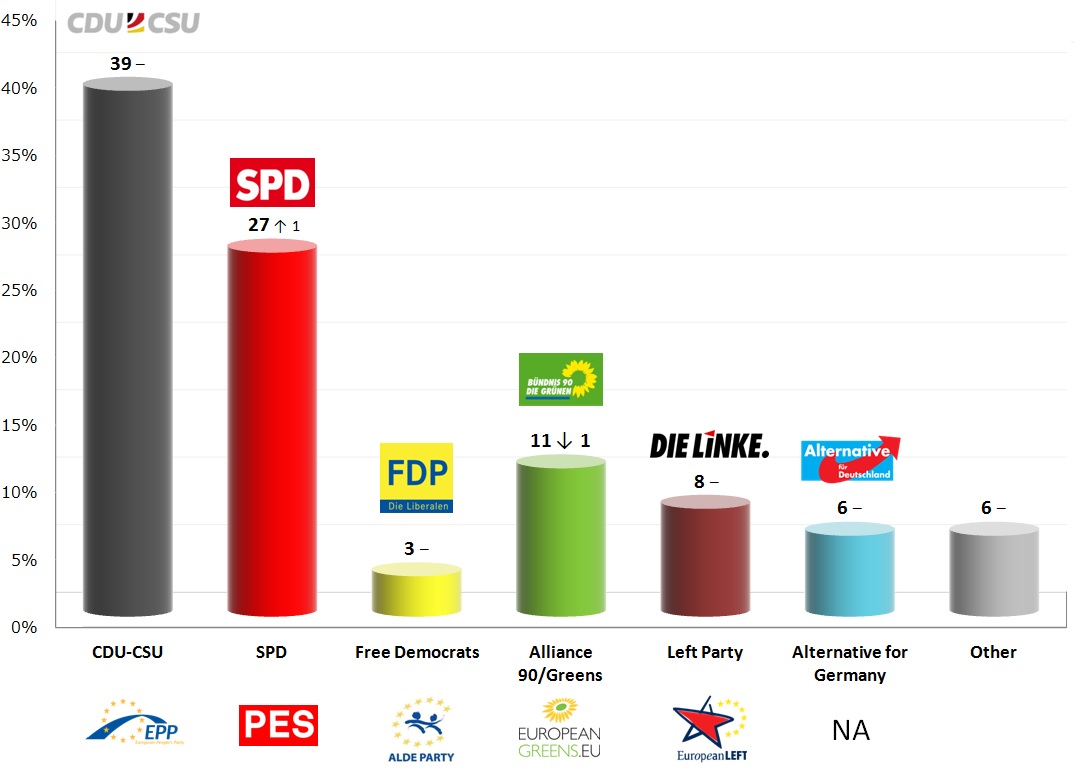 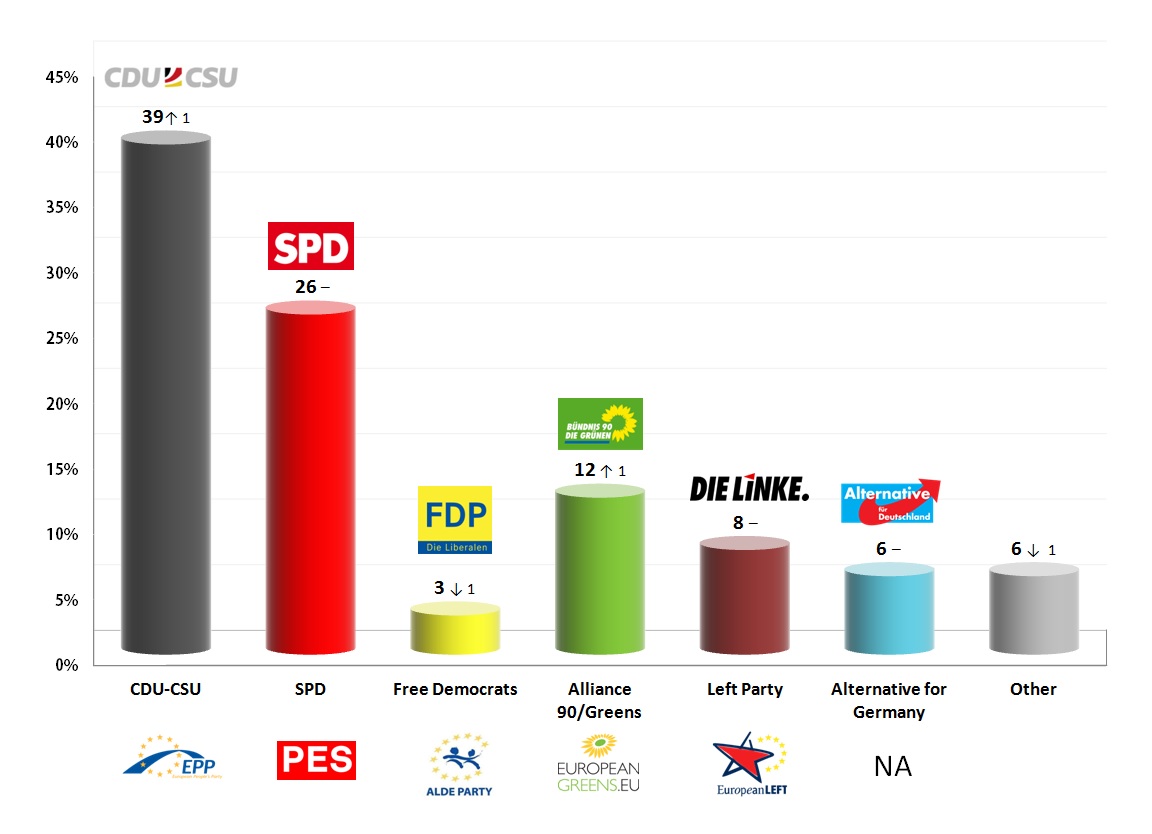