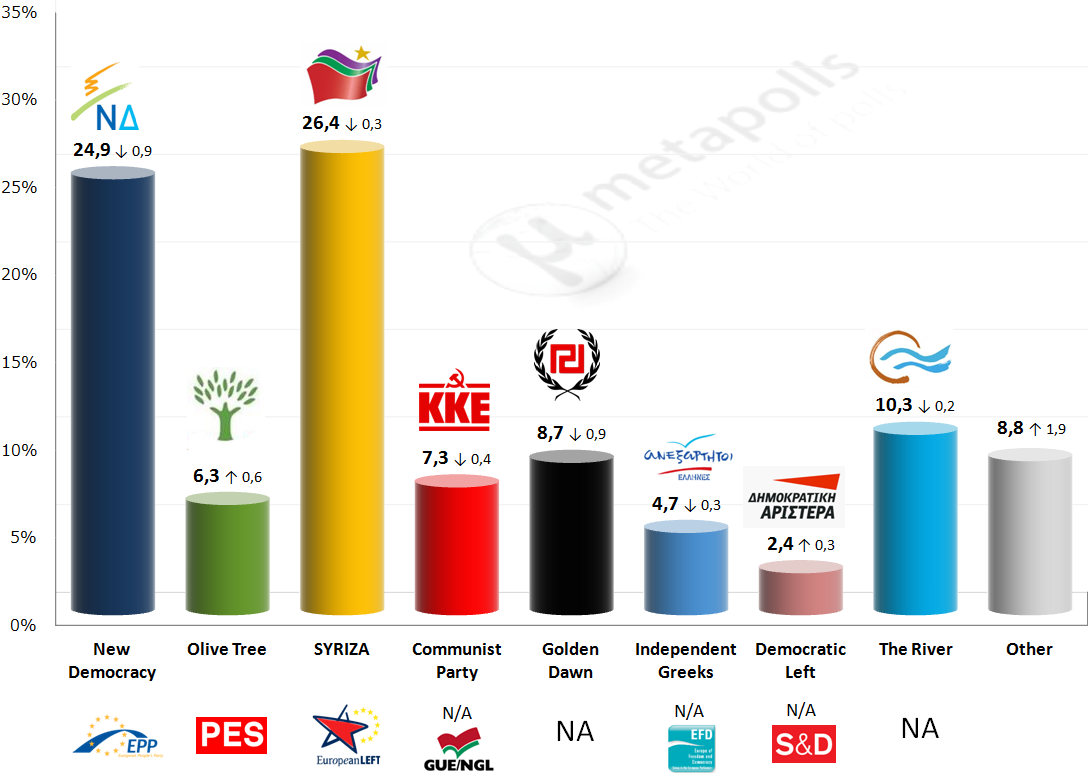 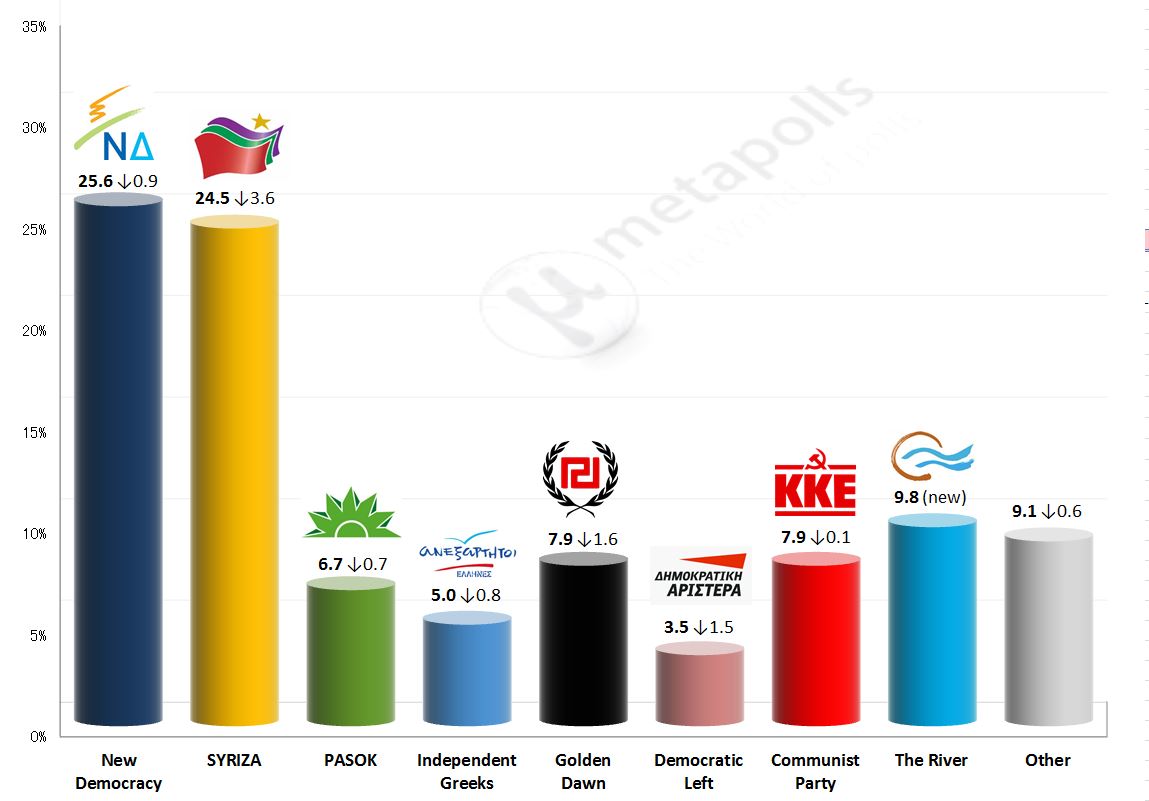 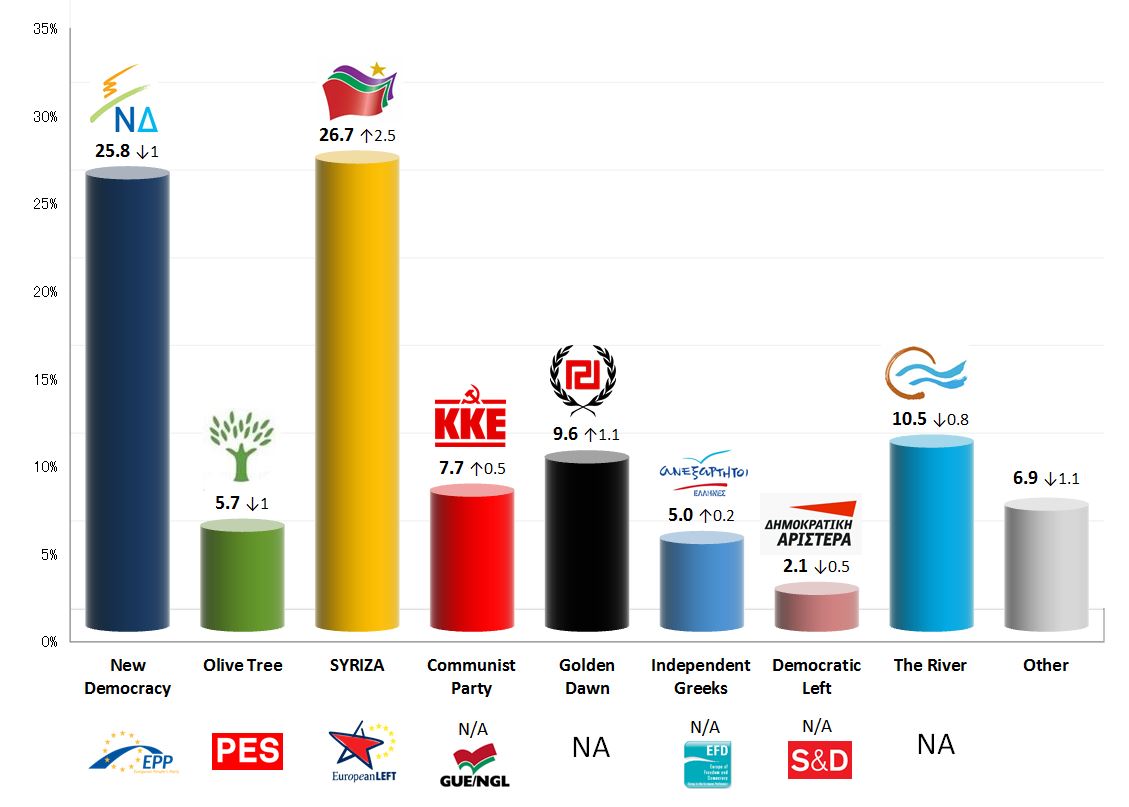 Next Election: 25 May 2014
Company: Kapa Research for To Vima tis Kyriakis
Publication: 6 April 2014
Fieldwork Period: 3 Apr 2014
Sample Size: 1203
Note: Comparison with Kapa Research poll of 1-2 April 2014 (sample size: 1006). The first wave of the survey was conducted before the publication of the Panagiotis Baltakos video and the second immediately after. Results presented here disregard blanks (2.7 for 3 Apr – 1.8% for 1-2 Apr) and undecideds (16.7% for 3 Apr – 17.1% for 1-2 Apr) for reasons of comparability between firms and across countries. The logo under each party name indicates membership in a European political party. NA indicates no affiliation with a European political party or parliamentary group in the European parliament. The indication N/A followed by a logo is used when a political party is not formally affiliated with a European political party but all or most of its MEPs have joined a particular parliamentary group. 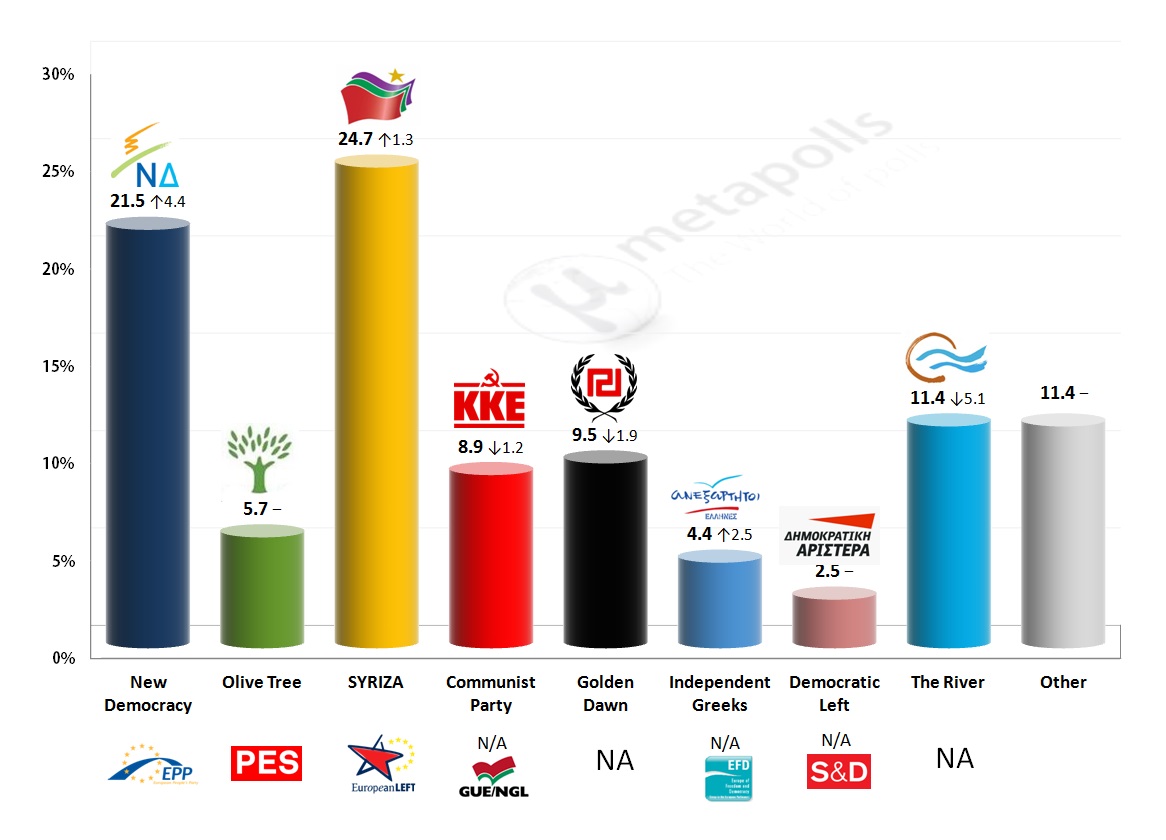