Brief Overview of the Maltese Party System
While proportional representation electoral systems such as STV are usually conducive to multi-party politics, Malta stands out as an exception to the rule: since the country attained its independence from the United Kingdom in 1964, the existing multi-party system evolved into the purest two-party system in Europe, with the right-of-center Nationalist Party (PN) and the moderately leftist Malta Labour Party (MLP) alternating in power. In addition to PN and MLP, Malta has a third party, the environment-oriented Alternattiva Demokratika (AD), which has contested every House of Representatives election since 1992. However, since 1966 only PN and MLP have been represented in Parliament.
From 1966 to 1971, Malta was governed by the Nationalist Party (PN), which pursued a policy of firm alignment with the West. In 1971, however, the Malta Labour Party (MLP) came to power when it won a one-seat majority in the House of Representatives. MLP won three consecutive elections and retained power until 1987 when it conceded to PN. Save for a brief interval between 1996 and 1998 in which Labour held office, PN remained in power until 2013, when MLP won the elections.

Malta’s Labour Party (Partit Laburista) was founded in 1921, under the leadership of Col. William Savona. Union branches, band clubs and other organizations were invited to attend its founding meeting. In its first decades of existence, Labour Party achieved electoral victories in 1927, 1947, and 1955. During the 1960s – the decade in which Malta achieved independence – Labour was involved in a conflict with the Catholic Church, which was traditionally close to the Nationalist Party.
In 1971, Labour won the general elections, and Dom Mintoff became Prime Minister for the second time in his career. Mintoff was influenced by British social democracy of the Fabian type as well as national-liberation socialism. Mintoff remained Prime Minister until his resignation in 1983. MLP remained in office until 1987.
During the 1990s, MLP led by Alfred Sant, touting the label “New,” presented itself as a modernised and moderate party. It incorporated an alliance-building strategy which aimed for votes of middle-class citizens in addition to Labour’s working-class core. Labour won the 1996 elections, yet the New Labour government was short-lived, remaining in power for only 22 months.
Following the third consecutive electoral defeat in 2008, Alfred Sant resigned as party leader. Following an internal election, 34-year old Joseph Muscat, a Member of the European Parliament, became the Labour Party’s new leader. Labour’s first electoral challenge under the Muscat leadership was successful. Indeed, in the 2009 European Parliamentary and local council elections, Labour won by 54.8% and 55%, against Nationalist Party’s 40.5% and 44% respectively. In the March 2013 elections, Labour Party returned to Government after fifteen years in Opposition and Joseph Muscat became Prime Minister. 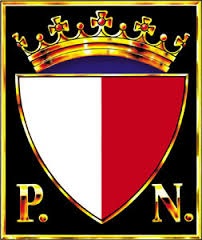 Nationalist Party (Partit Nazzjonalista, PN) was founded by Fortunato Mizzi in 1880 as the Anti-Reform Party, opposing taxation decreed by the British colonial authorities and measures to Anglicise the educational and the judicial systems. During the 60’s the Nationalists fought largely over the issue of independence, which was achieved in 1964. The Nationalists, led by George Borg Olivier had won the 1962 elections, and retained office until 1971, when they lost by a narrow margin. In the elections of 1981 the party, led by Eddie Fenech Adami achieved the majority of votes but it did not gain a parliamentary majority and remained in the opposition. PN returned in office in 1987. In the 1990’s the government formally applied to join the European Community and finally joined the European Union in 2004, after a positive referendum in 2003. PN government implemented a wide-ranging programme of liberalisation and public investments. Except from a short interim between 1996-1998, PN governed Malta until 2013 and, after losing the 2013 election to MLP, is now in opposition. 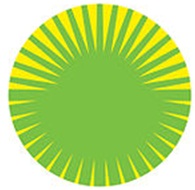 Democratic Alternative (Alternattiva Demokratika) was founded in 1989 by former Labour Party members and a number of environmentalists. The party was for Malta’s membership in the EU, in the 2003 referendum. Its most notable electoral performance is the 9.3% in the 2004 European Parliament Election, while it achieved its best national elections result in 2013, with 1.8%. In both cases however, it failed to elect a representative.
Democratic Alternative’s main political aims are environmental justice, sustainable development, ecological modernization, social justice and civil rights.